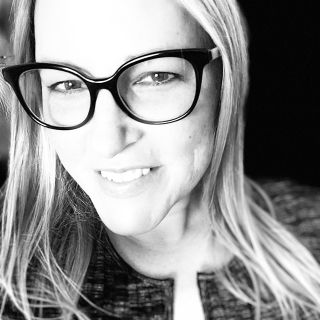 In vino veritas, in aqua sanitas.

In wine there is truth, in water there is health.

If you know me at all…..hell, if you know me even a little bit, you know that I love my wine. It’s right at the top of my favourites list, along with coffee, the written word, and the crashing fury of thunderstorms by the sea. If your passions define you, I am happy and content to be defined by mine.

My earliest introduction to wine came courtesy of Nancy Sinatra, crooning away on our transistor radio……….”Strawberries cherries and an angel’s kiss in spring, My summer wine is really made from all these things. Take off your silver spurs and help me pass the time. And I will give to you summer wine”. I was so delightfully naive, so blissfully unaware. Ahhhh, such a delicious time. What I could not have known, I happily invented. I envisioned the wine, being pressed from the balmy essence of summer itself, droplets falling from the thick, languid air, distilled ever so delicately……..from daisies and berries and butterflies’ wings. I dreamt of warmth, and golden sunshine glinting on bottles; vessels filled with flowers drenched in honey. I imagined its taste: complicated, like rhubarb dipped in sugar; red, like the raspberries that stained our greedy lips. A libation that prescribed a dainty sip, from a golden chalice, among fairy and fae, in an enchanted wood. Of course, I secreted away these delectable thoughts, these ambrosian notions, saving them for another day. I tucked them ever so carefully into the hidden pockets of my mind, arranging them alongside the other imagined elixirs of yore; rose cordial, sarsaparilla, ginger beer. Someday, I thought…..someday………

Honestly, I didn’t stand a chance. I was completely hooked, before I even began.

Fast forward fifteen years……. to the spirited youth of my ‘uni’ days. I was really never much of a drinker. I don’t like drunk, and I don’t like sloppy. And as a kid putting myself through college, I couldn’t afford sh*t back then anyways. Between my student loans and my part-time waitressing gig, I was lucky to make rent, never mind ‘red’. A rare splurge would be meeting friends for twenty-five cent draught night at The Cambridge, the local watering hole, of questionable repute. Not good for much, except a hearty hangover and a healthy dose of regret.

But I vividly remember the turning point. It was my first adult dinner party. The hosts, I can’t even recall their names any longer, lost to the vague, faceless ghosts of memory. But I can summon up everything else about that night in intricate detail: the food, the wine, the awakening. They served Coq au Vin, and a bottle of Mouton Cadet Bordeaux. No BYOB here folks! It was all so sophisticated, so adult. I was completely taken aback. Here were people my own age acting like proper grown-ups! These folks didn’t serve your beverage in a collectible Burger King glass, or a Simpsons mug. No sirree Bob! They had cloth napkins!! And goblets with stems!! None of those sad, squatty amputated wineglasses back then either. The whole evening held a certain cachet, a palpable air of elegance, and mature refinement. For the first time, I was seeing how the other half lived. And I liked it!

Wine became an exciting new exploration, a brave new world of decadence and delight. But Lady Vino could be fickle. She was alive and kicking, and she made sure you knew it. Her discovery wouldn’t be rushed. She educated you, she initiated you, she schooled you. You had to court her slowly, adjust your palate over time. She wouldn’t instantly reveal herself to you; her subtleties, her nuances, her intricacies. Sometimes she was needy, you had to be fully committed. Or she would spurn you, sour to your affections. Sometimes you had to give her some breathing room, afford her some space, back the hell off. And then slowly, over time, she would open herself to you. If you stayed the course……her bitterness would yield to sweetness, her subtlety to boldness, her thinness to roundness. And if you hit just the right notes, she was a rich, luscious body, just waiting to be discovered. If you devoted yourself to her mastery, your constancy would be rewarded.

Early on, I found myself gravitating towards her rich, robust reds. Those ruby-hued beauties warmed the cockles of my heart. But I just couldn’t stay faithful to her. I’d fallen head over heels for many a fruit of the vine. My affections roamed; running deep and wild and free. I’d shuddered with chills for a clean crisp white, flushed with pleasure over a blushing rosé, and bubbled over with joy for something effervescent and sparkling. Unlike people, it was hard to find a berry I didn’t like.

And they liked me. At the end of long, difficult days, they knocked on my door and called me out to play. Those bottles beckoned to me, with their shimmering labels and their ready corks. Like the grown-ups’ equivalent of a blanket fort or a hot towel, fresh from the dryer……comforting and warm. Let’s face it. Life is hard. And we all have our vices. Mine just happen to come in 750mL bottles. Or occasionally, a box. Who am I kidding? We all have to slum it sometimes.

So after all this gushing admiration, it might come as a wee surprise that I am contemplating a breather from the booze cruise. With the greatest of consternation, and more than a little trepidation, I am embarking on a temporary hiatus; forsaking my bevy of spirited mates for some new friends: Temperance and Abstinence.

For one entire month!!

You heard me right…….. no Brandy, no Brunello, no Cognac, no Cabernet. No Port, no Pinot, no Sherry, no Shiraz. No Tequila, no Tempranillo, no Vodka, no Viognier. No Whiskey, no Würzer. The entire alcoholic alphabet, from Amarone to Zinfandel……gone.     sniff, sniff.

Why am I considering such an obviously wretched and asinine idea? Well, last fall, I heard someone mention Sober October. I think it was Joe Rogan actually. And I scoffed. Out loud. Pfffffttttt. Who would entertain such stupidity, such nonsense? Plus, October is my birthday……….ummm hello? Who doesn’t raise a glass to surviving another trip around the sun? “Why in God’s name would people want to do this to themselves?”, I thought. I railed against the idea. It grated on me. And then I put it out of my mind, promptly and conveniently forgot all about it. Problem. Solved.

And then I saw a recent blurb about Dry January. And I went “hmmmmm”. I started to feel like the idea was following me around, haunting me actually. I hated that. I’m a big believer in paying attention, especially to things that keep popping up in your path. Even when they’re inconvenient. Actually, especially when they’re inconvenient. You hear about the same book three times, in the same week, from three different people? Get your butt into the Amazon and order it already. The universe is trying to tell you something. And so, this ridiculousness……this ‘dry month’ idea kept Coming Around Again like a Carly Simon song. It just wouldn’t go away. It refused to relinquish me. It refused to let me go. And although I had never considered myself to be someone struggling with their consumption, I had to entertain the possibility that I might be just a teensy-weensy bit too emotionally-dependent on my warm and liquid-y little friend.

Had it become a tad too easy to pour a glass of 12.5% happiness, and forget the difficulties of the day? Were my edges that little bit too sharp without my verre de vin? Had I been swallowing my feelings with a whiskey chaser? Drowning my troubles in a silky smooth añejo? Steering my ship to Neverland behind the wheel of a nicely aged port-mobile? And did I really spill a glass of wine once, and seriously contemplate whether the 5-second rule could possibly be applied to liquids? Thankfully, common sense prevailed. But only by a hair. And by that, I mean the dog hair that was floating on the top of that delicious Shiraz-y puddle.

So, against my own better judgement, I’m inclined to give it a go. I’m willing. I’m yielding.

Do you hear me universe? I’m listening!!

I’m inviting something else in, to see what I learn about myself in this big, thirsty space. Will I be more Grinch-y or not? Will I be more creatively inclined or less so? Will I be proud of my newly-parched self or ready to wring my own neck? Only time will tell.

I’m christening my journey The February of my Discontent, because ‘Dry February’ has no pizazz to it at all. Like, seriously………..it’s got nothing.

And honestly, it’s probably going to suck…….just not from the bottle.

But it won’t kill me. We can do hard things.

So, on January 31st, I’ll put the corkscrew on ice.

And I’ll offer up a toast to that Nietzsche character, who famously said, “That which does not kill us, makes us stronger”.

I just hope he wasn’t drunk when he said it.